I'm Already Getting Into The Spirit... 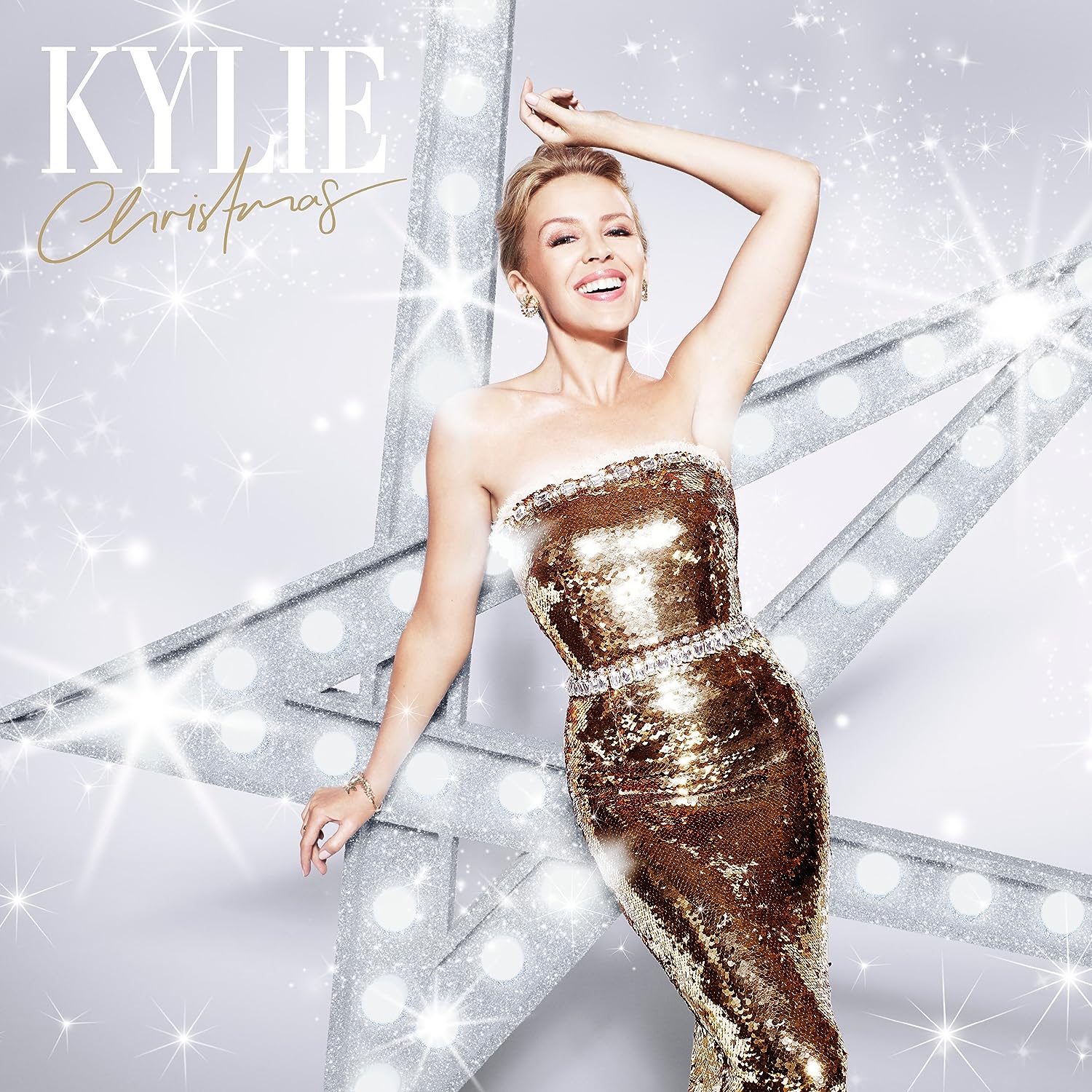 Recorded at Angel Studios and Sarm Music Village, the album features 13 tracks – including several duets and a mix of original and classic songs.

Kylie has enlisted the help of her sister Dannii Minogue for the deluxe version of the album, recording the brand new song ‘100 Degrees’ – set to be a disco Christmas classic! James Corden features on Yazoo’s brilliant 'Only You’, Iggy Pop joins Kylie on the Waitresses festive hit, 'Christmas Wrapping’ while Frank Sinatra posthumously completes the roll call of collaborators, appearing on 'Santa Claus Is Coming To Town’.

The album will be released on November 13th on CD and Deluxe CD/DVD, with a white vinyl version to follow on November 27th.

Kylie will make her first ever headline appearance at the Royal Albert Hall performing for one night only to celebrate the release of her new album. Kylie will be performing a host of Christmas classics together with brand new tracks and some of her classic hits.

“To perform at the Royal Albert Hall will be a dream come true. I can’t wait for the 11th December to share a night of joy and celebration with everyone”

Tickets go on sale at 11am on Friday 2 October.
7 comments: Time for tracks. This time around there are a several mainstream guilty pleasures (some by people I never thought would make an appearance on these posts), some unintentionally hilarious/scary things and a few things that I find really good... 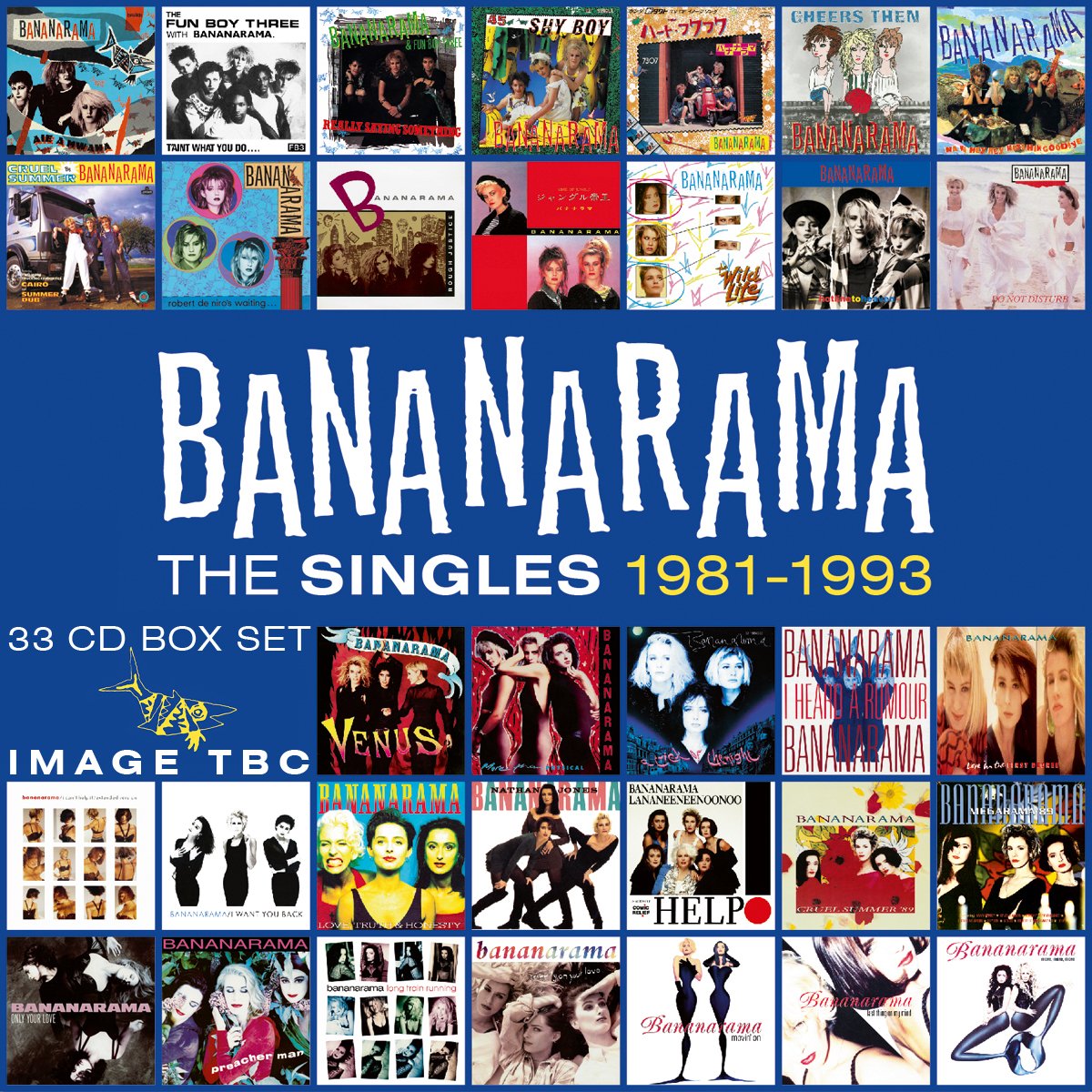 For the very first time, this lavish 33 CD box set brings together every single released by the iconic girl group during their London Records tenure, from their 1981 debut Aie A Mwana to 1993's More, More, More. With perennial pop classics such as Cruel Summer, Venus, Robert De Niro's Waiting and Love In The First Degree all present and correct alongside fan favourites A Trick Of The Night, Only Your Love, Cheers Then and Love, Truth & Honesty and sought-after overseas releases He's Got Tact, King Of The Jungle and The Wild Life, this is undoubtedly the definitive Bananarama collection.

Each remastered CD single is presented in an individual card sleeve replicating the classic original vinyl artwork, painstakingly compiled to include absolutely every B-side and remix originally issued around the world, as well as many previously unavailable instrumentals and other rarities. Including over a hundred tracks not included on our hugely successful album reissues and recent Megarama remix anthology, In A Bunch is a must-have for all Bananarama fans and self-respecting pop aficionados alike.

Housed in an heirloom-quality outer box, the set also includes a 48-page booklet featuring full lyrics, discography and new sleeve notes, plus an exclusive fold-out double-sided mini poster, sticker sheet and postcard set. Released with the co-operation of Sara and Keren, In A Bunch is compiled and annotated by acknowledged expert Tom Parker.

It is simply amazing how well the back catalog of Bananarama has been treated. Every album they released has received a deluxe 2CD+DVD treatment, there was a 3CD remix album and a greatest hits CD, complete with a DVD with all their music videos - and now this!

A dream come true for every fan/collector - I couldn't pre-order this fast enough! I already have almost all of their original CD singles, but this box includes loads of releases that never came out on CD, including some rare Japanese ones. Now to wait for the track list (and hope that other artists will follow suit with a complete singles sets).
2 comments:

Email ThisBlogThis!Share to TwitterShare to FacebookShare to Pinterest
Labels: Bananarama 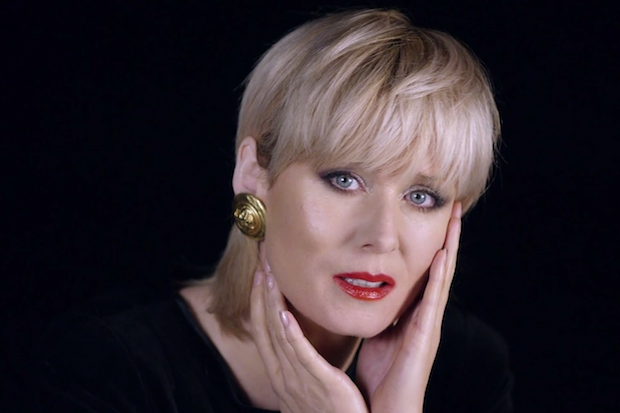 Tracks time - things that have caught my ears/eyes in the last few weeks (for various reasons). Enjoy!

In what has become the longest time between posts since Barbarella's Galaxy started, it seems overdue to post one - and it's another selection of tracks that I am loving these days.

This lot includes two of the best music videos I have seen in a while - the latest ones from Madonna and Stromae. But here are some recent tracks I have been blasting. As always, the good, the tacky and everything in between. Enjoy :)

Welcome To The Galaxy